24/7 Clean Energy And The Fight Against 100% Renewable Greenwashing 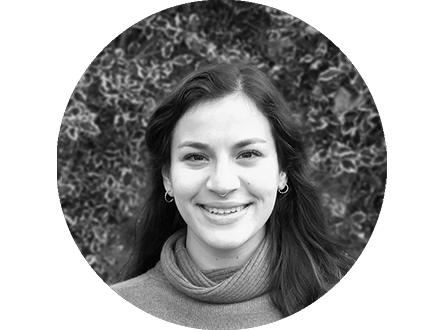 24/7 Clean Energy And The Fight Against 100% Renewable Greenwashing

As firms rush to achieve their ambitious decarbonization targets, renewable energy purchasing has increased exponentially in the last years as a way to reduce Scope 2 emissions. But the market for energy attribute certificate (EAC), documenting the location where renewable energy is produced, time and data of production and generating technology, has existed since the 90s, and was especially popular in Europe (where they are called GOs) and the US (RECs). Today, with the current fluctuations in renewable energy price, more and more firms have started to purchase a Corporate Power Purchase Agreement (CPPA), a contract that ensures a fixed price for a set time period.

However, with over 370 firms committed to go 100% renewable, and some claiming to have already achieved the target, allegations of greenwashing are ramping up. First of all, EACs carry a clear additionality issue. Is purchasing an EAC contributing to more renewable energy being produced? Most EAC refer to renewable energy that is not directly used by the purchaser, and it only indirectly contributes to their emissions reduction. How can they be ensured that the EACs purchased match their consumption and that mitigation efforts are not inflated? 24/7 clean energy, or round-the-clock clean energy, can be the answer, and some firms are already doing it. Google and Microsoft monitor their energy consumption on an hourly basis to be able to match that with renewable energy production, at all times.

Recent fundraising news confirm Verdantix analysis. Increasing ClearTrace, an energy management software provider headquartered in Austin, Texas, raised $20 million in late June in a financing round led by ClearSky, with the participation of Brookfield Renewable, EDF Energy North America, Exelon and Tenaska. The platform provides solutions for both suppliers and buyers of renewable energy to automate energy data collection and consolidate hourly energy attribute to achieve 24/7 clean energy goals. With a strong presence in the US, ClearTrace is partnering with firms such as JPMorgan, Iron Mountain and Brookfield Properties. On July 7th FlexiDAO announced a $6.5 million Series A investment round, with investment from Google and Microsoft. Founded in 2017 and headquartered in Barcelona, FlexiDAO’s solution leverages blockchain technology to certifies and trace electricity use every hour, and matches that with renewable energy consumption. Using FlexiDAO’s RESpring software, Google is piloting Time-based Energy Attribute Certificates (T-EACs), market instruments that track how, where and when electricity is produced.

Regulations about the granularity of emissions and renewable energy data is becoming more stringent. In January, the Biden administration signed an executive order to achieve 100% carbon-free electricity by 2030, with at least half of which to be 24/7 clean energy. The demand for technologies that ensure 24/7 clean energy is expected to increase, and scaling issues can be solved with a new flow of funding.

Alessandra Leggieri is a research analyst specialised in ESG & Sustainability. Her background is in Biology (BSc Imperial College London), with a focus on Environmental Sciences. Prior to joining Verdantix she completed a Master's degree in Environmental Technology with Distinction. Her thesis project looked at biodiversity-friendly pest management decisions in communal gardens, which involved a collaboration with the Royal Borough of Kensington and Chelsea. She has experience with both quantitative and qualitative data analysis, using R and NVivo. During her free time she enjoys finding new recipes to try, as well as roller skating in Hyde Park (UK weather permitting!).